Summer is full of great music events all around Central KY!  Many are FREE and great for all ages. 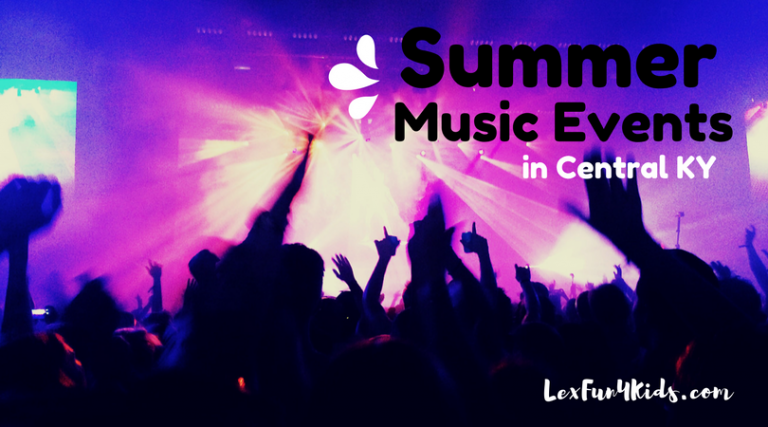 The return of spring means the return of one of Lexington’s longest running and most beloved concert series – Big Band & Jazz. With a full schedule of live music planned, concert-goers can enjoy weekly Big Band or jazz music at Moondance Amphitheater (May & June concerts) or Ecton Park (July & August concerts). Picnics are encouraged and patrons should bring a lawn chair or blanket for seating.

Get downtown every Thursday, April 5 – October 11, 2019 for Central Bank Thursday Night Live! Join thousands of your closest friends for live music, local food and beverage vendors, and the hottest party in town. The event takes place each week at the Fifth Third Bank Pavilion at Cheapside Park (251 W. Main St). This event is rain or shine! The party starts at 5:00pm, with live music from 5:30pm – 8:00pm! Don’t miss out!

Southland Jamboree in Lexington, Kentucky – Schedule for the 2019 season – 7:00 PM each Thursday night. Free to the public!

What better way to unwind after a long week than at an open-air concert with friends. Especially when the concert is free!

Moondance Amphitheater will once again offer a summer concert series featuring genres to include jazz, bluegrass, indie rock, blues and folk, just to name a few. In addition to the live music, there will also be food trucks. Bring your lawn chairs/blankets and come enjoy the music.

The Great American Brass Band Festival is a Festival that celebrates brass music and is in its 29th year. The Festival happens every June in beautiful downtown Danville, Kentucky and on the campus of Centre College. The Festival is a free, family friendly four day event. Bands come from all over the United States and Europe. Many fine soloists are also featured each year at the Great American Brass Band Festival.

The Festival of the Bluegrass is a traditional Bluegrass Music Festival in the heart of the beautiful Bluegrass region of Kentucky. Established in 1974, this family-run festival has a little something for everyone. Join us this June at the Kentucky Horse Park Campground.