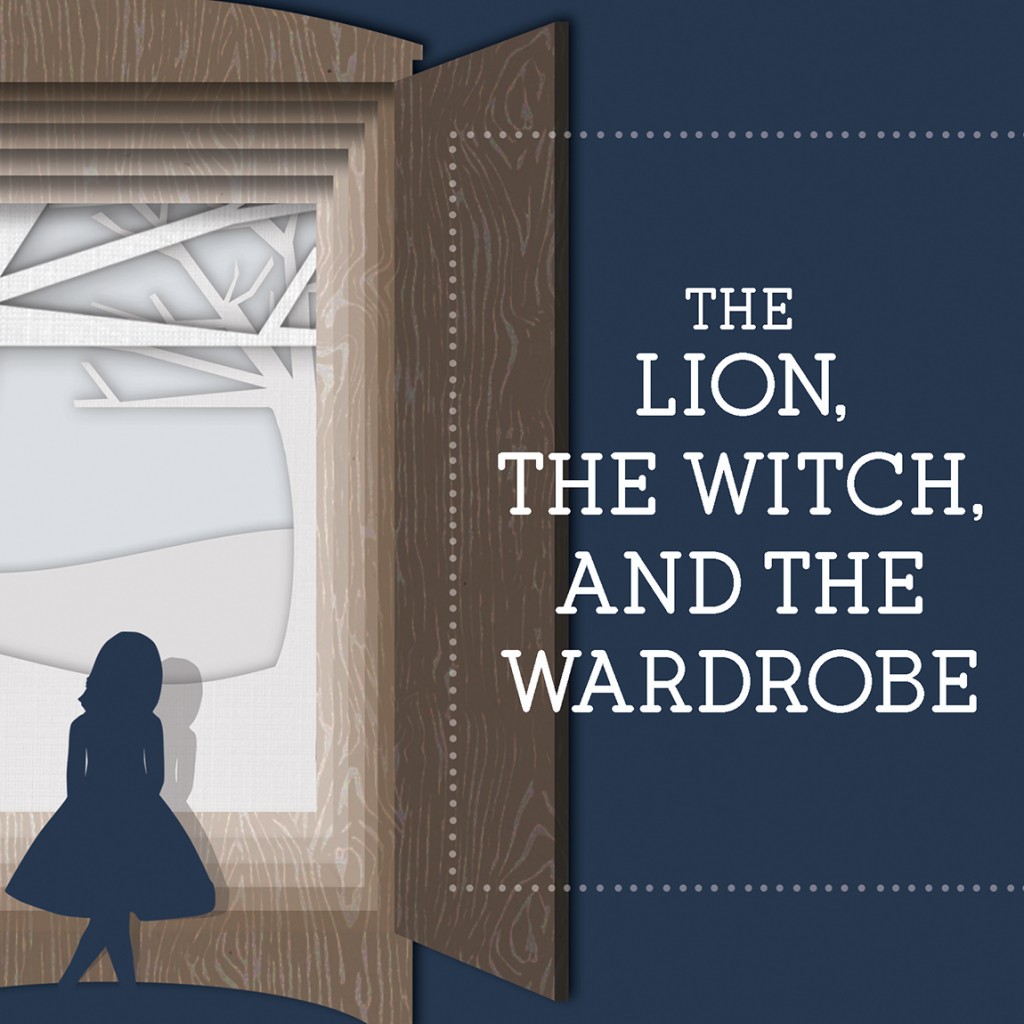 The Lexington Children’s Theatre presents The Lion, the Witch and the Wardrobe!

Lucy and Peter bring their story of adventure into the land of Narnia to the stage at LCT this week.

The play opens upon a white winter scene with snowflakes and winter trees.  Lucy and Peter greet the audience and tell us they want to tell us the story of their adventure in Narnia.  They introduce us to the magic circle – what a cool way to share a story!  This would be a fun way to tell stories in school, at home or with friends.

Lucy and Peter play the roles of everyone in the play and they do a great job of switching from one to the next quickly.  It was fun to follow along as they turned into Mr. Tumnus, the White Witch, Aslan and all the children.

The play begins with the 4 Pevensie children playing at home.  Lucy finds her way into the country of Narnia by stepping into a wardrobe that leads into the wintery kingdom.  During her first visit she meets Mr. Tumnus, who is half goat and half man.  She visits for hours but when she gets back home it’s only been 1 minute since she left her brothers and sister!

Edmond teases her and insists this kingdom can’t be real.  He discovers one day that indeed, it is real!  He finds himself in Narnia and encounters the White Witch.  She realizes he must be there as part of a prophecy she has heard. She encourages him to bring his brother and sisters back and he could rule over them.  This promise and lots of delicious Turkish Delight are enough to temp Edmond.  During another game of hide and see he and his siblings all head into Narnia where they find Mr. Tumnus’ home ransacked and Mr. Tumnus missing.  They then find Mr. Beaver who tells them about the terrible actions of the White Witch.  She has turned so many people in her kingdom to stone.  He also teaches them about the powers of Aslan, the great lion.  Mr. Beaver leads them to Aslan at the stone table.

However, Edmond sneaks off to the White Witch to inform her he’s done what she wished in bringing his siblings to Narnia and he’s ready to be ruler but she has other plans.  Edmond tells her his siblings went to find Aslan at the Stone Table and the White Witch makes Edmond pull her sleigh through the snow to find them.  During their travels we find out the winter is fading and spring is coming, a sign the powers of the White Witch are failing.  She rushes to face Aslan at the Stone Table.  There she tries to kill Edmond but Aslan reminds her of the law of Narnia and offers himself up in Edmond’s place.  She eagerly accepts and kills Aslan and goes back to her castle.  Through a deeper more powerful magic Aslan is brought back to life to ultimately defeat the witch and bring the people of the kingdom she had turned to stone back to life.

The two actors do an amazing job of moving through the stage, making props and costume changes, and creating all these characters for us to enjoy.  It give the audience a great model for how just two people can make stories come to life!  It would be great to see my two kids choose a story with multiple characters that they could act out.

With the many changes and details squeezed into a 1 hour play I’d recommend the play for ages 5 and up.  The audience was engaged and captive through the entire show, even the youngest ones!  Be sure to stop by after the play in the front lobby to meet and take photos with the actors.  We have a collection of autographed programs at our house!

If you haven’t read the story yet it would be great to enjoy it as a family read aloud after you see the play.  It’s truly a classic and offers so many topics for discussion for families.

The Lion, the Witch,
and the Wardrobe
From the story by C. S. Lewis
Dramatized by le Clanche du Rand

In Narnia, land of eternal winter, the White Witch holds power over all – any who dare dissent are turned instantly to stone. But one day, a little girl named Lucy enters this magical land through an enchanted wardrobe and signals a great change to come. Go through the wardrobe with Peter and Lucy in this two-actor adaptation of the classic tale of triumph of good
over evil.

10 + FREE INDOOR Things to Do in Central KY