The holiday classic is here!  Celebrate Christmas with this live, regional premiere of A Charlie Brown Christmas!  Don’t let the hustle and bustle of the holidays get you down – Charlie Brown and the rest of the Peanuts gang are here to remind us all what’s most important this Yuletide season! 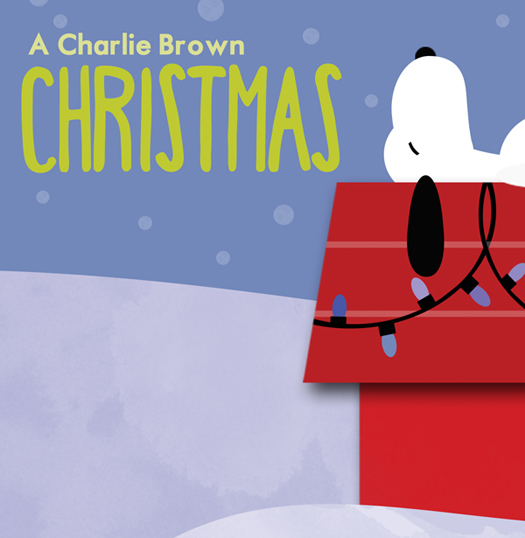 My family and I enjoyed an afternoon at the theater today and The Lexington Children’s Theatre did a fabulous job of getting us in the Christmas spirit.  As we arrived we were greeted with the sounds of live music and they continued as the musicians for the show throughout the performance.  It was great to hear the traditional Vince Guaraldi music performed live during the show.

The play is very much like the television special and you see all your favorites from the Peanuts gang.  We meet Charlie Brown, Linus, Lucy, Pigpen, and of course Snoopy and Woodstock.  We loved the way Snoopy had fun with his role and got the audience laughing.

The cast did a great job recreating the ice skating scene.  My six year old was super excited to figure out what they did with their skates and whisper to me during the show.  My boys were mesmerized by the snow that fell throughout the outdoor scenes in the show. They met up with some friends in the lobby after the show and started a discussion on how they were able to make that happen!

My boys are familiar with Charlie Brown, Snoopy, and all the Peanuts gang but not the Christmas story.  They loved the show and had fun enjoying all the songs, dancing, and an entertaining Snoopy!  It’s a fun show for all ages and even if you’re kids aren’t familiar with the story it is still a great story that focuses on the true meaning of Christmas instead of commercialism.

The story follows Charlie Brown as he’s facing a holiday that has become too commercialized.  The gang is ready for gifts, parties, and fancy trees and they give Charlie Brown a very hard time as he tries to direct the Christmas play.  Through all the craziness it’s our blanket toting friend Linus that understands Chuck’s wish and stops to tell the Christmas Story as the gang quiets to take on the roles of angels, wise men, shepherds, Mary and Joseph.

Throughout the show the actors did a great job of keeping us engaged as they wheeled snow and trees across the stage.  The show moved from outside to inside and back again with ease.  Charlie Brown’s little tree looked perfect and once decorated by all the gang at the end it was very exciting to watch it transform.

After the play ended the cast invited the audience to join in as they led some traditional Christmas carols.  I loved snuggling up with my boys in our seats and singing along as we enjoyed creating memories with family this season.

Be sure to stop by the lobby after the show and enjoy a meet and greet with the cast for some fun photos and autographs.  It’s great to interact with the actors and get a chance to ask questions about the show.

This show features local young actors and is a great example to children of all ages that may show an interest in acting. I always tell my kids that they could be on stage someday. LCT holds open auditions throughout the year so sign up for their emails to get notice of upcoming productions and auditions.

For information on performances, tickets, subscriptions (Save $ when you purchase tickets for three or more shows), and a fun event coming up at Whole Foods see below. 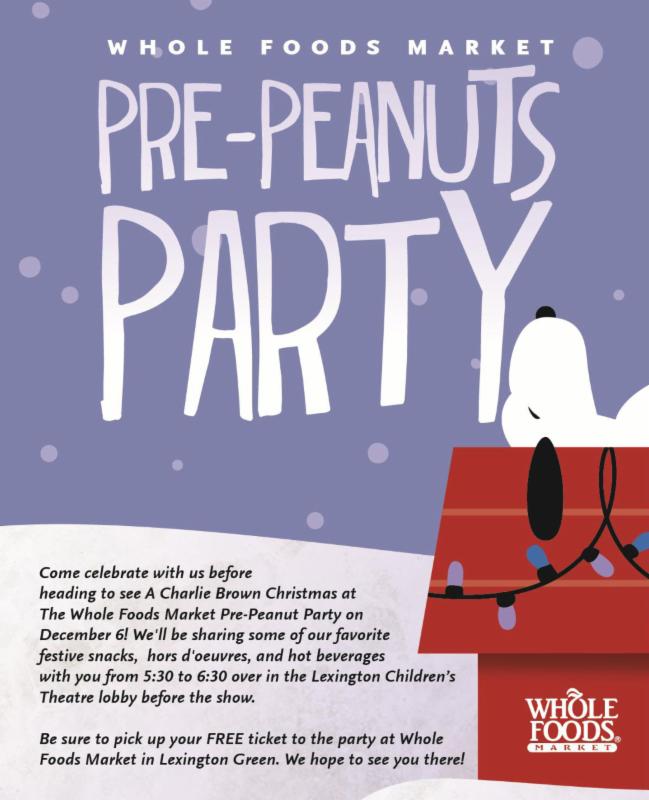 When: December 6 from 5:30pm – 6:30pm
What: A Holiday celebration with festive snacks, hors d’oeuvres, and hot beverages.
Where: Lexington Children’s Theatre lobby
How: Pick up your FREEticket to the party at Whole Foods in Lexington Green!

Elf on the Shelf Ideas