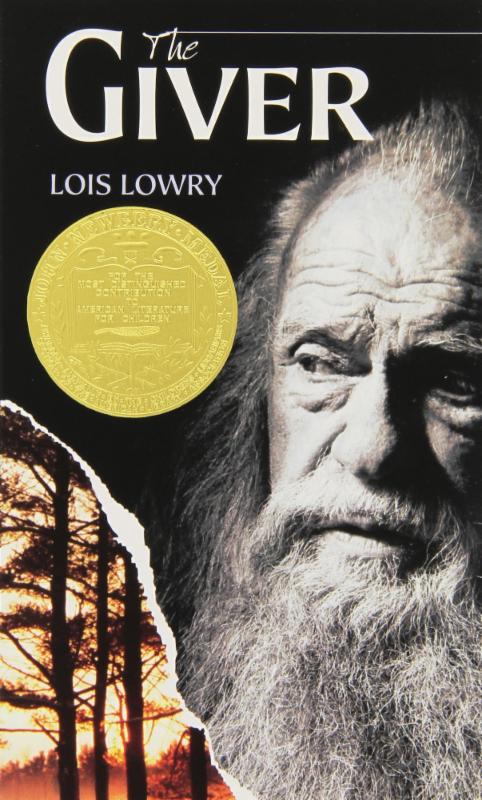 The Giver is a classic story many students will read during late elementary school or in middle school.  It is a Newberry award winning story but is great for older students.  The themes covered in the story are difficult for younger ones to understand.

LCT did a great job of setting the scene with a colorless, simple, and tech heavy set.  The audience gets an immediate sense that times have changed.  Kids will relate to the characters riding their bikes and using gadgets but they’ll notice the language, discussions and rules are very different.

The ‘community’ is generations removed from today’s world.  Each ‘family’ follows rules set by the elders.  Families have 2 children and live with parents they are assigned to.   Children begin training for their career ‘assignment’ when they reach 12.  Each child is given a different job.  Some assignments are thought of very highly while others mean a hard life for the community member.  From a fish hatchery worker or a birth mother to the job the main character we follow through the play is assigned to, The Receiver.  The words ring out each time a child of 12 received their assignment, “Thank you for your childhood”. It’s a powerful reminder that the community pushes their children into adulthood in a very different way than we do in today’s society.

The many differences between the setting of The Giver and our society today are great to discuss with your children after the play.

The main character, Jonas, lives with his family of two adults and a sister.  He has been assigned to their care since he was a baby.  His father works with babies in the community. His father has recently been working with a new baby, Gabriel, who may prove to be acceptable for another family. If he is not ‘fit’ he may be ‘released’.  Gabriel seems to be happy but has trouble sleeping.  We see that Jonas eventually tries to help in taking care of him and ends up being the only one that can get him to calm and rest.

During the ceremony, Jonas is selected by the elders to be The Receiver.  His job comes with great responsibility and is a very special and honored assignment.  Jonas meets his mentor and as he begins to work with him Jonas names this man, The Giver.  The Giver has been the keeper of the memories of the past for years and years.  Only one person in the community is selected to keep these memories, both good and bad, and when they age the elders select a new receiver.  As The Giver shares his memories with Jonas we experience them with him through the use of videos projected onto the set.  It’s exciting to watch a ride on a sled, relaxing to see the beach, but also very frightening to see war. Jonas experiences pain he and other community members have never felt.  A broken leg, sunburn, war.  All through the passing of memories from The Giver to Jonas.

It is The Giver who shares with Jonas the truth about the ‘release’.  Throughout the play we hear the characters discuss ‘release’.  He reveals his own child had been released many years ago after she expressed her desire to leave the community.  Jonas learns that to be ‘released’ means that you are given an injection that will kill you.  The community will ‘release’ children not ‘fit’ for giving to a family, a smaller twin, or a member who breaks the rules of the community three times.  Jonas can’t bear to think someone in his own family has been doing this to small children.

Jonas soon learns that the child, Gabriel, that his family has been helping to raise is not considered ‘fit’ to give to a family.  Jonas is told the child will be ‘released’ but his family does not know that he understands the meaning, or that he now understands new feelings he previously hadn’t experienced in the sheltered and controlled life he’s led.  He loves this child and wants to protect him.  He makes the difficult choice to run away with Gabe.

He takes off on a bike with Gabe and leaves the community.  He faces a tough journey but the peaceful end leaves you feeling happy that Jonas was strong and successfully left the community but also hurting for those he left behind.

The story is powerful but can be a great way to start conversations with your child about what we see as right and wrong, how life could change in the future, how they would feel about being in the community, and more.

If you haven’t read the book be sure to pick up a copy and enjoy making comparisons between the book and play as well as discussing things that may have been eliminated since a play is only about an hour and can’t cover an entire novel.  Enjoy this classic by Lois Lowry and make plans to attend one of the many shows set to take the stage at LCT this summer and during the 2015-2016 season.